Dying fish should not be an environmental surprise

The sad pictures of over a million native fish carcasses, floating along the Darling River in NSW, recently brought water quality into focus. Local residents found dead Murray Cod over 50 years old, a grim indication of the historical significance of the disaster.

The striking feature, that kept repeating in interviews of concerned locals, was the genuine shock, the pained surprise that this happened.

An interim report into the fish deaths by the NSW Department of Primary Industries, found that the fish death was likely caused by a lack of dissolved oxygen in the water, caused by several related and compounding factors. These included high air temperatures up to the event, low flow conditions, and change in water temperature associated with a drop in air temperature in December 2018 and January 2019.

But fatalism and droughts aside, water flows can be largely managed.

Water conditions and temperature can be monitored continuously. The conditions that increase the risk of algal blooms can be detected, such as elevated nutrient levels in waters, thermal stratification, and forecast change in temperatures. Monitoring this risk can allow for active management, such as environmental buyback of stored water. 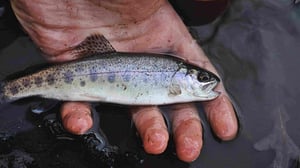 So why did this happen, and what can we do to prevent it from happening again?

For this is nothing new either. The royal commission was set up by the former South Australian Labor government in November 2017. It was only brought to the fore recently by the latest ecological disasters. Its findings were scathing, accusing federal officials of gross negligence and mismanagement of the $13 billion Murray-Darling Basin.

We will not wade into political considerations, but explore how it should be possible to monitor water conditions so that a fish kill event is never a "surprise".

Commercial fish farms already use IoT-based water monitoring systems to detect threatening environmental conditions to fish and prevent them before they become a real problem. Screenshot below of our work with Pentair, for illustration.

These remote sensor networks can continuously monitor water properties to understand the risk to ecosystems from pH, salinity, turbidity, temperature, to dissolved oxygen and more. These commercial fish farms even undertake biological monitoring like presence and abundance of pest invertebrate species.

Easy alerting and notification systems are automated and can trigger immediate remedial action (like using aerators to bring clean pest free water up from depths) should a parameter fall outside tolerances. In fact, they take constant action, continuously refining water conditions, as measures trend in this direction or that.

There are some substantial differences between open sea aquaculture cages, and natural river flow ecosystems. But these are more a matter of ecosystems and biology, rather than technology. There are also differences in economic modelling and valuation. Commercial aquaculture can put a dollar amount on each fish that dies, or yield lost, making IoT monitoring a clearer economic proposition.

While the value of fish lost in the recent event is likely to be greater than that of a commercial crop (due to secondary ecosystem impacts), the economic impacts of the event are shared with the whole community.

These fish lack the single economic guardian that the farmed fish in sea cages have.

The team at Xylem and the University of Queensland have been working on technology to use a drone to detect stratification in drinking water supply dams, by monitoring temperature profiles and transmitting data back to eagle.io.

When conditions are detected indicating risk of thermal inversion, aeration can be triggered to mix profiles in an attempt to avoid the event occurring.

UQ and Xylem are collaborating on a custom-built drone to automate Water Quality Profiling using the YSI EXO platform Sonde. The concept of reality is driven by the need to quickly measure an intrusion event or static water body that may be under stress from surrounding environmental conditions. 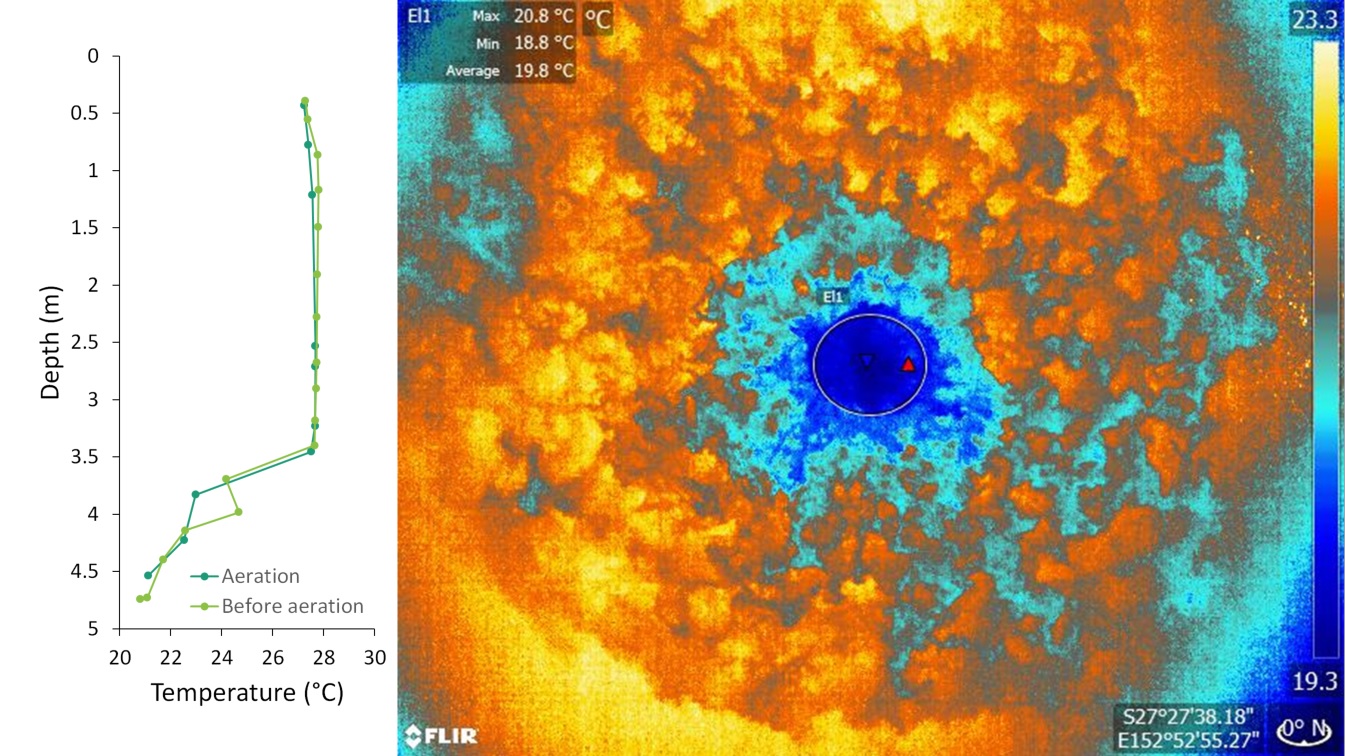 A good example is the measurement of temperature in the water profile allowing the team to detect conditions that may lead to temperature inversions occurring (Where cold deep oxygen-poor water flips with warmer oxygen-rich surface water, often resulting in fish kills).

When high-risk conditions are detected operators of the water supplies can trigger corrective actions aeration as well as pre-emptively managing the treatment of the release water for environmental conditions and/or human consumption.

The technology is available to monitor in real time the risk of these events occurring. The ROI on this monitoring technology has been demonstrated in commercial applications.

The political will and the technology enablers are all there. One of our state clients, Queensland’s DNRM has already started trialling effectively cloud-based water management systems, arbitering between creek heights and farmers’ needs.

What is needed more than ever is a clearer economic valuation model of natural ecosystems. One taking into account holistic economic value derived from natural assets, as well as the impact on ecosystems and local communities.

The more transparency and detail we can provide, and the easier it will be to develop high-performing, modern environmental protection and management programmes.