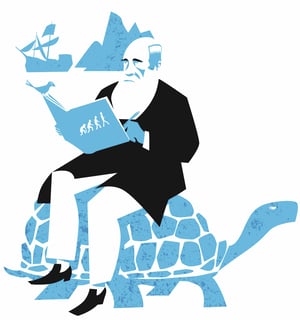 Company size and reputation provide a strategic business edge (economies of scale, of marketing costs through proven branding, etc.) And yet, the business world graveyard is crammed with large, respected, oft-beloved companies who failed to innovate. In fact, 88% of the Fortune 500 companies that qualified in 1955 do not anymore, or ceased to exist.

Long-term survival is, objectively speaking, no more a likely long term scenario. Even less so if you refuse technological adoption.

Innovation is vital, but often challenging, requiring not necessarily the ability to invent, as much as to envision. To see the potential, improve it, and fit it to market.

We will cover why it is crucial that environmental consultancies build internal skills in remote environmental monitoring. How to leverage the EIoT (Environmental Internet of Things) to remain competitive.

We will explore the typical sources of innovation and hurdles to EIoT adoption, borrowing from real-life IT examples, and present solutions.

Who would not want to be in on the next big thing? Being the early adopter has obvious benefits, but only if you can see how it translates into customer value! 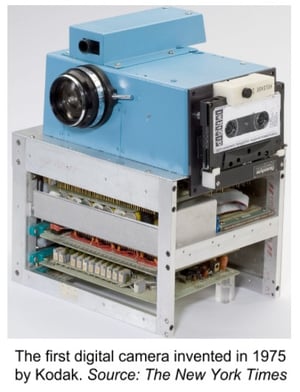 Kodak invented the first digital camera in 1975 but did not see value in digital and shelved it. They entered an odd blinking contest with their market, one clamouring ever louder with pent-up demand for digital. Kodak was sure their “beautiful” branding would crush the tacky new tech. They narrowed their proposition to “beautiful picture taking”, ignoring the massive customer expectations enabled by digital (convenience, versatility, story-telling, cost). They closed in 2012.

Steve Jobs, on the other hand, did not invent “windows”. But when he witnessed the first PC UI and mouse, in that fateful Xerox Park - Palo Alto lab room he LEAPT about the room in excitement, shouting “WHY AREN’T YOU DOING ANYTHING WITH THIS? THIS IS THE GREATEST THING! THIS IS REVOLUTIONARY!” Xerox execs did not see value in a desktop PC UI and mouse. They virtually gave it away to Jobs, who became a billionaire.

What this means for EIoT:

You can impress clients with reduced monitoring requirements and need for preparation of manual reports to communicate monitoring data.

Most importantly, remote monitoring can provide real-time insight into environmental conditions, unachievable with traditional manual in-situ or sample based monitoring.

Environmental IoT sensors cannot yet measure everything. But what they can, they measure at a fraction of the cost, orders of magnitude better (24/7 alarming, high-end data visualisation and data mining, etc.) EIoT platforms software offers intuitive access to actual insights.

They are versatile when it comes to setting up discrete sensor networks, stakeholders’ access and privileges, scaled pricing, etc. All of these customer benefits make it a dream come true for environmental consulting companies

IoT is still in its early days, largely an improvement on internet protocols, and is still in a continued innovation stage. It is certainly not too late to be an early adopter.

The largest barrier is knowing where to start. What sensor/logger/gateway/ cloud platform to use. This is tougher than it seems, there are many players in the field that will guide new entrants through this process. A clever way to manage this procurement journey is to ask a cloud software provider about sensors, gateways, and modems - and ask hardware manufacturer about cloud software! 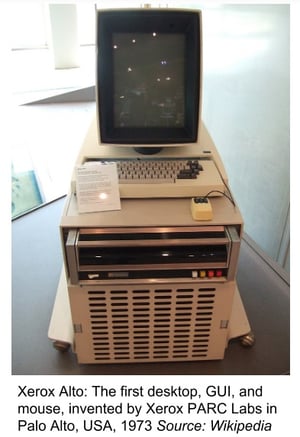 The innovation is not usually the difficulty, it is weaving it coherently into an offering to liberate customer value.

What this means for EIoT:

Monitoring hardware is becoming simpler to set up which makes it easier than ever to add this service to what consultancies offer.

The fit to this new market is a simple one. More, better, more cost-effective. Environmental consultancies who will most benefit will be those who package their EIoT offer so as to pass on the maximum benefits to their customers.

Some of our hardware partners like IoTX3 market a smart city device and can already configure monitoring systems over the phone for consultants. Others like Libellium and Metasphere offer an array of sensors and dataloggers which we can integrate within minutes.

Forced adoption / Being left behind

If inventing a technology does not guarantee success, leaving adoption too late more or less guarantees failure to catch up.

Kodak once the behemoth, took 21 years to bring their digital camera invention to market, in 1996, and it killed them. They tried in vain to finally latch on to the digital bandwagon, but way too late. By then the market place was crowded with competitors who, if they had taken a later start, had since evolved their digital offer way beyond Kodak. They filed for bankruptcy in 2012.

Xerox, to whom we owe the core desktop PC architecture and UI, the mouse, and the “windows” system gave it away to Jobs. Their management could not “see the value”. Xerox flirted with bankruptcy across the 00’s, losing huge size, staff, BU’s and over 90% of their market cap. In the end, they did not even try to catch up with the tech they had invented. They finally turned around as a services company, a fraction of their former size, gradually disappearing into Fujifilm.

What does this mean for EIoT?

Forced adoption is a common source of late “innovation” but almost invariably a painful one. In implies playing catch-up with competitors who have already trained themselves, refined their fit-to-market, and ironed out operational kinks.

There is another source of forced adoption and it is regulatory in nature. When lawmakers raise the bar across any legal, safety, performance related metric, adoption accelerates.

Regulators are undertaking pilot projects to asses the value of continuous monitoring of environmental discharges on high-risk sites.

One of our governmental clients is trialling EIoT technology for a variety of purposes:

It is likely that in time, continuous monitoring will start to appear as regular approval conditions. Companies without these skills are not going to be able to service clients.

Innovation and technological change are becoming the new constant. New technologies like IoT are bringing colossal value to end-users. Other technological innovations in related fields, such as nano-satellites bringing “IoT everywhere” are further levelling the technological landscape.

For integrators and environmental consultancies, adoption is likely going to be massive if only for the enormous benefits that EIoT represent for their end users.

With low entry barriers, this technology will be easily integrated. Also, it will mean that end-users who see better elsewhere will easily change suppliers. The fit-to-new-market here will be a simple one. Easy integration, passing on maximum environmental monitoring value to end-users.

Delaying the adoption of EIoT technologies may sound the death knoll of many environmental integrators and consultancies. Whether Azure IoT based, or AWS, adoption is accelerating at an exponential rate. The term itself “IoT monitoring environmental consultancy” is more and more searched for.

Do not be the Kodak of the EIoT world. As Steve Jobs showed, you do not need to invent, but you need to adopt a smart technology, with an easy and smart fit to market.